Founder / Directors
Founder & Directors, Reverend Tomiko Ok Lee, along with her son, Dennis James Lee, began their quest over 13 years ago when they were invited by film director, Young Man Kang, to film the amazing life story of a group of street children in Haiti. This film is titled, “Innocence Abandoned: Street Kids of Haiti”.

During their venture in Haiti, documenting the lives of the street, Rev. Ok Lee witnessed very little being done to help these young lives who were living on the streets of Port-au-Prince, Haiti. It was apparent that, although other non-profit organizations were advertised as providing assistance for the needs of these street children, there were very few organizations present. In fact, in some of these orphanages, children were being subject to abuse by their caretakers in order to remain in the home and fed.

Having the opportunity to produce this film documentary was a true blessing and an eye opener to the devastation, suffering, and corruption that is taking place in Haiti. It was through the making of this film that Rev. Ok Lee made the decision and commitment to reach out and help these street kids, at which time she formed a non-profit organization, GLOBAL KIDS NOW, making the dedication to provide food, clothing, shelter, education, and medical assistance to the street kids in Haiti and around the world.

Since the structuring and organization of GLOBAL KIDS NOW, we were able to purchase property in Port-Au-Prince, and have started two (2) orphanages which are being overseen by two (2) of our former street kids. Wilner and Emmanuel were a part of the original group of street kids we met and fell in love with while filming the documentary. We have worked with and provided care for them and now, as adults, they have partnered with us to manage the orphanages there in Port-Au-Prince. We currently have 18 children receiving care under our organization in Haiti and, God-willing, through the support of our donors, we will continue to expand our reach to provide the needs of more street kids in Haiti. 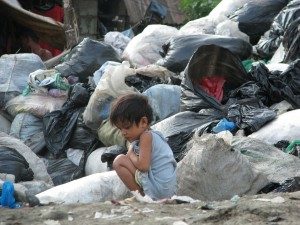 In 2015, God led us on a mission into the Philippines, in the province of Pangasinan, where we discovered that more than 50% of the population are living below the poverty level, that’s approximately 300,000 people, nearly half of which are children. This astounding number of children, whom majority are recognized as “squatters”, roam the streets, slumps, and dump areas looking for food or recyclable items they can exchange for the purchase of food. Many children there are without parents due to imprisonment for crimes, in most cases, due to the use and sale of drugs. We realized that the need in the Philippines is just as great as it is in Haiti, and in many other countries around the world which confirms that God has called us to go out into all the world to help the poor, the needy, the helpless. To bring help, to teach, to love. To let the children of this world know that God has a plan and a purpose for their lives, that He loves them dearly and has a hope and a future for their lives. Since our mission in the Philippines, as founder of this organization, I have made the declaration to continue our expansion wherever God leads us, to help the poor, the broken, the lost.